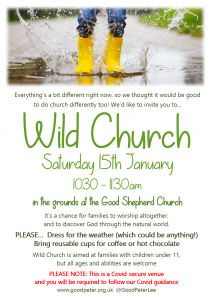 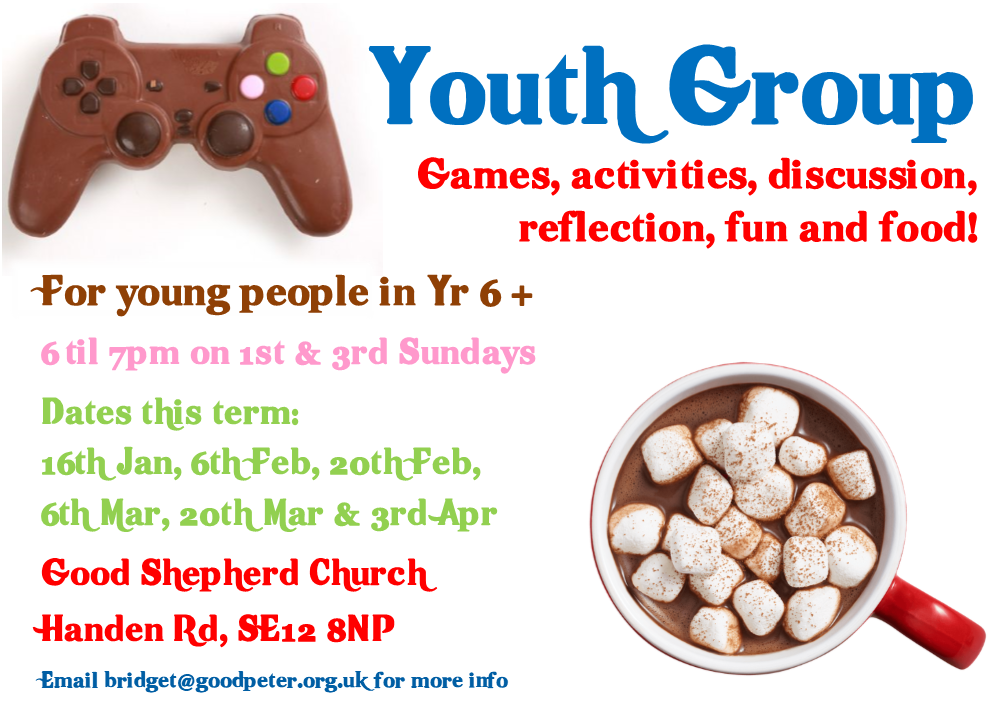 The Good Shepherd was originally built as a ‘chapel of ease’ for St Margaret’s, Lee, in 1881. It was granted independent status a few years afterwards in 1888, although the Rector of St. Margaret’s remains our patron.

The Victorian church was almost completely destroyed by a firebomb during the Second World War. On the day after the bombing, a sign went up proclaiming ‘We Carry On’ and services continued to be held in a temporary hall next to the church.

The current church was built on the original foundations, and consecrated in 1957. A number of the fittings were transferred from the demolished St. Peter, Lee – forging a link between the two churches several years before they became one parish. 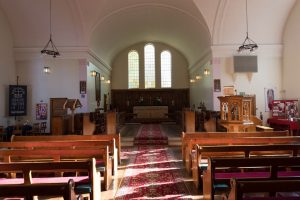 Amongst the list of incumbents, the pioneer Bible translator J.B. Phillips was vicar between 1940 and 1944. His translation of the New Testament into contemporary language was inspired by the young people in this area.

In the 1990s the church was divided into two, to provide a flexible space with a worship space at one end, and a hall at the other end.

In 2014 a replica of the First World War memorial plaque was installed to mark the 100th anniversary of the start of WW1.

To read more about the history of Good Shepherd please visit this local history blog: https://runner500.wordpress.com/2017/03/30/the-original-church-of-the-good-shepherd-lee-lost-in-the-blitz/ 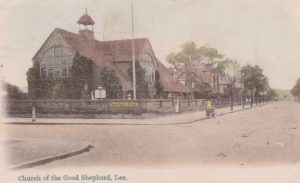 The original Good Shepherd, built in 1881 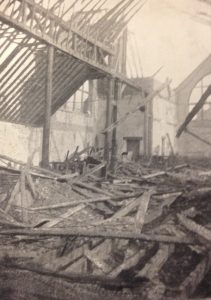 Damage during the Blitz in 1941 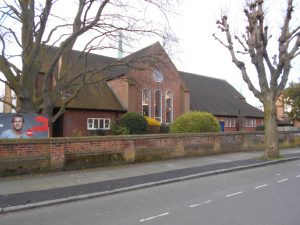 The history of St. Peter’s has been up and down – quite literally! From around 1867, possibly slightly before, there was a temporary ‘iron church’ that was built somewhere in the area which was called St Peter, the exact location isn’t clear. The second St Peter’s church was built in 1871, but was closed in 1939 due to lack of members. The building suffered bomb damage in World War 2, and was eventually made redundant in 1960 as it had and had become derelict. The war memorial remains in Courtlands Avenue. 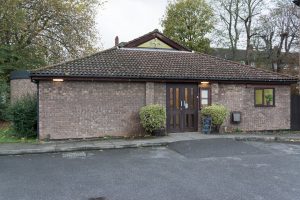 Following the war the demand for a church grew again so it was decided to move to the church hall on the corner of Weigall Road. This was a temporary wooden hut, but was eventually replaced by a new building in 1960.

When this, the second St Peter’s church, developed structural problems it was replaced in 1983 by the present smaller, dual-purpose building.

St. Peter’s is proud to have a long history of supporting women’s ministry in the church – having a deaconess leading the church in 1957, and then one of the first women priests in 1994.

The two churches were originally part of two separate parishes, and were formed into one parish in 1960. 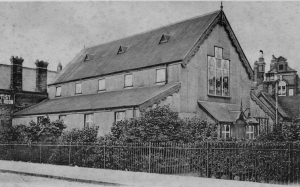 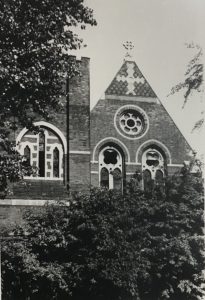 To read more about the history of St. Peter’s please visit this local history blog: https://runner500.wordpress.com/2020/07/03/the-four-churches-of-st-peter-eltham-road/