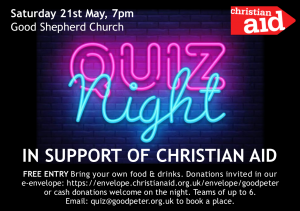 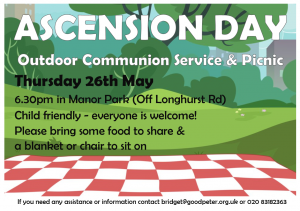 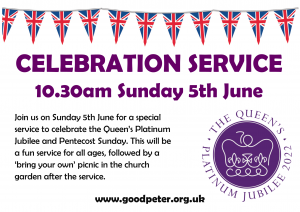 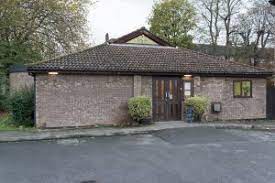 Some of you will be aware that the parish of Good Shepherd with St. Peter, Lee was created just over 60 years ago, when the Good Shepherd, Lee and St. Peter’s, Eltham were put together to create a new parish. Since then, the parish has been overseen by one Church Council, but the two churches have tended to operate separately, and until seven years ago they’ve also had separate ministers.

During those 60 years there have been a number of times when people from both within the parish and outside the parish have asked whether the parish actually needs two churches and two Sunday services, and if we ought to consider combining the two congregations.

Over the past two years, those same questions have arisen again – and they’ve arisen for a number of different reasons. The challenges of Covid have intensified and accelerated some of those issues, so that there are now serious concerns about the longer term viability and sustainability of St. Peter’s 9am service in particular. There is concern that if things carry on as they are now, the service will continue to decline, which will then call into question the future of St. Peter’s.

Over the past nine months we’ve had two meetings for the St. Peter’s congregation at which we’ve discussed these issues. The comments from those meetings have been fed back to the PCC – the Church Council, and the PCC have discussed our concerns about St. Peter’s on four or five occasions. Last month, at the request of the PCC, the clergy, wardens and Angela Stebbings (Deputy Warden from St. Peter’s) met with the Archdeacon of Lewisham and Greenwich to discuss those concerns and seek his advice.

In the light of all of those conversations, and after much prayerful consideration, the PCC again discussed these issues at our January meeting. We agreed that we are committed to keeping St. Peter’s open, and to thinking about how best to use the space to reach out, and to serve, the people of our parish. But in order to create space to allow something new to emerge, we agreed that we would stop the 9am service in April.

The PCC decision was unanimous, the Archdeacon was in support, and the Bishop of Southwark has given his permission for us to stop Sunday worship at St. Peter’s from April of this year.

We recognise that across our two churches there will be a whole range of responses to this decision – sadness – amongst the St. Peter’s congregation and on behalf of the St. Peter’s congregation, anger, confusion, some may understand the decision but feel disappointed, some may think it’s good that we’re taking a brave decision, and feel excited about what the future might hold.

We recognise that St. Peter’s has been a special place to its members, and the prospect of no longer having the 9am service is hard, as it has meant a lot to its members over many years.

The PCC are keen for all of us to think about the role of St. Peter’s in the future, but the first step will be to let things ‘go fallow’ for a season, to see what might begin to grow in the space. We’ll also be listening to God, to see how God might lead us. Crucially, this is a timely opportunity to begin to operate as ONE parish – in practice, not just in theory.

We hope that those who are part of the St. Peter’s congregation might be willing to try worshipping at the Good Shepherd, and we will of course endeavour to arrange transport for those who need it. We also hope that the Good Shepherd community will go out of their way to welcome those who’ve been part of St. Peter’s. Over the coming weeks we’ll begin to think about those practicalities in more detail.

The decision that we’ve taken has been made in hope, not made from a place of despair. It’s our sincere hope that a new ministry will grow or be planted into St. Peter’s. One of the ideas that we’re exploring is the possibility of a midweek act of worship followed by a lunch, and we’ve no doubt that other ideas will begin to emerge too. In the meantime, we’ll continue to use St Peter’s for the foodbank, for activities like the Bereavement Course, and an upcoming Lent Group.

To hold us to account, the Archdeacon has asked us to meet with him in the autumn for an update, and the Bishop has given us permission to stop Sunday worship until Advent 2023, with the expectation that we’ll have a clear idea of the way forward by that point.

Having read this letter you might like the opportunity to talk about the decision, or about the future, in which case, Bridget would very much like to listen to what you have to say. You may also wish to listen to Bridget’s sermon from yesterday, which talks more about the experience of change. You can find that here: https://www.goodpeter.org.uk/sermons/

Please do pray for our parish, that God would lead us as we look to the future.